Impact of Neuroinflammation on In Vivo Lineage Reprogramming

In vivo functional cell maturation is a key challenge of regenerative biomedicine. In many organ systems, initial regenerative processes become aborted, which is exacerbated by aging.

This project aims at uncovering the impact of the pro-inflammatory microenvironment on the functional maturation of neural cells in different models of brain injury across organismic aging and to develop innovative strategies to overcome roadblocks that stand in the way to full neurorestoration. We will study the role of neural and immune cell interactions and their communication via cytokines in two experimental models of neurodegeneration: first, experimental autoimmune encephalomyelitis, a model of multiple sclerosis, where with increasing age failure of maturation of oligodendrocyte precursor cells into myelinating oligodendrocytes impairs effective repair of demyelinating lesions; second, de novo neurogenesis in the adult brain by genetically induced glia-to-neuron conversion following traumatic brain injury and neuron loss. Here, despite promising efficacy in the early stages of conversion long-term incorporation of induced neurons fails.

Our overarching hypothesis is that in both scenarios a pro-inflammatory environment results in the curtailing of an initiated regenerative process. We will identify candidate mechanisms that might be rate-limiting to the functional incorporation of new oligodendrocytes and neurons within diseased and aging neural circuits and employ genetic engineering to promote improved maturation.

This project will not only reinforce a better understanding of the interface between nervous and immune system but pave the way to similar approaches in other organ systems where failed stem cell responses or aborted maturation obstruct endogenous tissue repair that is at the core of healthy aging. 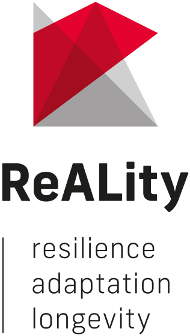